A selection of important and significant works about the game, works that could be considered 'classics' are listed here. Some of the works are early publications notable for their pioneering nature. Some of the material listed is quite recent and their selection is based on significance and quality.
Blainey, Geoffrey, A Game of Our Own: The Origins of Australian Football, Information Australia: Melbourne, 1990.

An important work by one of Australia's most distinguished historians, Blainey argues convincingly that Australian Rules football developed independently before the similar Irish game of football, with origins similar to early forms of football in England. Blainey traces the evolution and development of the game in detail and looks at the possible influence of 'Marn Grook', an Aboriginal form of football. Apart from the central question of origins, Blainey also examines the early development of football in Victoria and other states, especially South Australia, until the 1880s. This volume is enhanced by a superb selection of early photographs and illustrations and an appendix which includes a selection of the earliest rules of Australian football, including the Gaelic rules of 1889. Contains an index, endnotes and annotated list of sources. Later  editions were published in 2003 and 2010. TH. 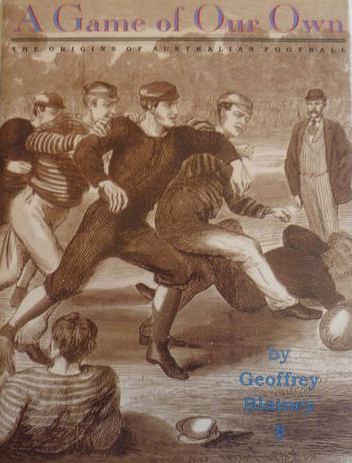 Promoted as a 'treatise on the Australian game of football', this book covers numerous aspects of football, with illustrated and instructional sections on the art, skills, psychology and tactics of the game, as well as fitness and training methods. An extensive chapter about 'systems and tactics' is of particular interest to students of the tactical evolution of the game. An article by VFL umpire Bob Scott provides an insight into the interpretation of the rules and the desired qualities for umpiring. Included are articles on ‘The Football Industry’, examining the manufacture of footballs, school football and football administration and several pictures and profiles of star players of the time from all states, including NSW and Queensland. First published as McHale, J. F., Taylor, E. C. H. and Chadwick, A. E., The Australian Game of Football, (1931). The 1936 edition is available online through the State Library of Victoria’s website.TH. 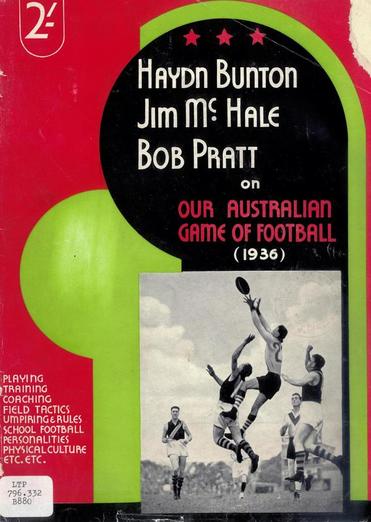 This high standard biography of one of the game's greatest and most influential players covers all phases of Farmer's life and career from his earliest days in Perth, his years with Geelong in the VFL, his return to Western Australia, a coaching stint at Geelong, interstate football and his final active involvement in football in Western Australia during the late 1980s. A feature of this scholarly yet readable book is the unified theme, with the author continually examining Farmer’s unique contribution to the game's evolution. This book set a new standard in football biographies. Index and reference list included. A revised edition was published by Slattery Media in 2014. TH. 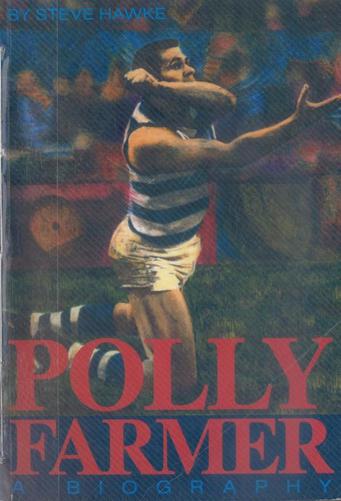 Daffey, Paul, Local Rites: A Year in Grass Roots Football in Victoria and Beyond, Black Duck Publications: Flemington, Vic., 2001.
A collection of 26 pieces exploring country and suburban football during the 2000 season. Daffey observes, chronicles and analyses the people, places and issues of grass roots football with great perception and empathy. The focus is on Victoria, with excursions to Southern NSW and King Island. Daffey provides descriptions of matches attended, the clubs involved, the characters and the communities that sustain them. Three pieces are included examining the infamous Hepburn versus Dunnstown brawl in the Central Highlands Football League and the aftermath of this well-publicised feud. The text is accompanied by high quality photographs by Ian Kenins and includes a season review of suburban and country leagues for 2000. An index of names and bibliography is also included. TH. 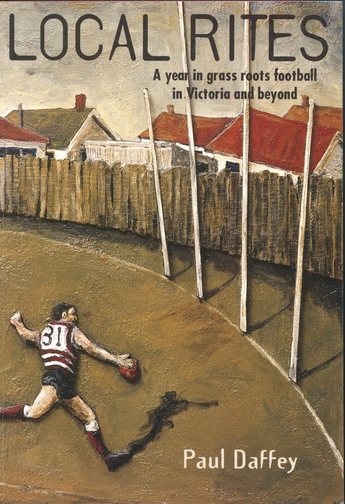 A rich lode of information, with interesting and informative accounts of clubs and careers in the West Australian goldfields, some excellent photos and an index. Lionel Frost. 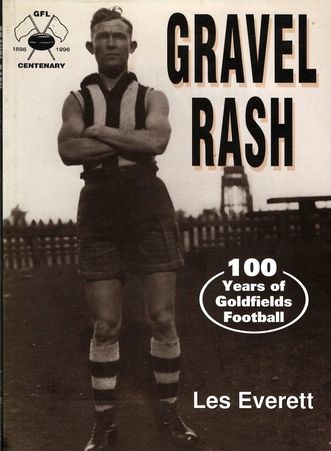 Hess, Rob, Nicholson, Matthew, Stewart, Bob, De Moore, Gregory, A National Game: The History of Australian Rules Football, Penguin: Camberwell, Vic., 2008.
The most scholarly and comprehensive history of the game yet produced. Written by a quartet of leading historians of football. This history looks at all aspects of the game including its origins, evolution, how the game spread, and importantly encompasses the development of the game nationally, and not just in Victoria which many other histories have failed to do. TH. 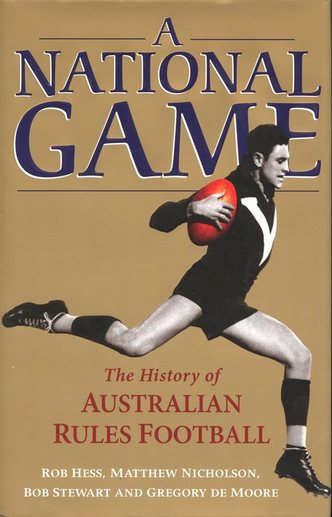 Linnell, Garry, Football Ltd: The Inside Story of the AFL, Ironbark: Sydney, 1995.
A ground breaking book which looks at the transformation of the VFL from a prestigious suburban based competition into the richest and most powerful national sport in Australia. Linnell examines the game behind the game, the corporate power plays, league and club politics, commercialism and marketing and the ambitious, passionate personalities at the administrative level. The focus is on the 1980s, more detailed historical developments are outlined where necessary to provide context for various topics. Linnell composed this work after extensive research and interviews with many of the key figures of football in the 1970s and 1980s. TH. 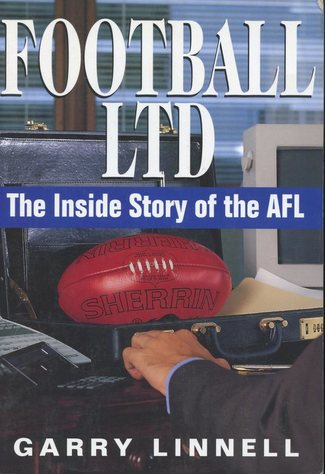